Universities that wish to have their courses officially recognised as meeting the PICARD Professional Standards can now apply to the WCO.

At its June 2009 Council Sessions, the WCO adopted the Guidelines on Recognition of University Customs Curricula for assessment of university curricula against the WCO PICARD Professional Standards. The guidelines were first revised in February 2013, and revised again in 2019.

Universities and academic institutions that are able to demonstrate that their curriculum substantially addresses the standards contained in the WCO Professional Standards may apply for formal recognition. Applications for WCO recognition must be made in accordance with the these Guidelines.

On 26 January 2010, during an historic ceremony at WCO headquarters, the Secretary-General of the WCO, Kunio Mikuriya, had awarded the first WCO Certificates of Recognition to three universities certifying that the academic programs offered by these institutions comply with the WCO international standards for the Customs profession.

The certificates were awarded to:

The certificates were accepted on behalf of these Universities by Prof. David Widdowson (Canberra), Prof. Dr. Hans-Michael Wolffgang (Munster) and Prof. Aivars Krastins (Riga) respectively. These Universities are all members of INCU – the International Network of Customs Universities.

“The principle objective in developing the standards is to establish benchmarks: which can be developed into job profiles for the purposes of Customs recruitment; against which the in-house training of WCO Member administrations may be measured; and against which academic development can be designed or procured,” he added.

On 25 November 2010, at the PICARD Conference in Abu Dhabi, two more institutions, which are also INCU affiliates, were awarded WCO Certificates of Recognition certifying that their customs curricula comply with WCO international standards for the Customs profession.

The certificates were awarded to: 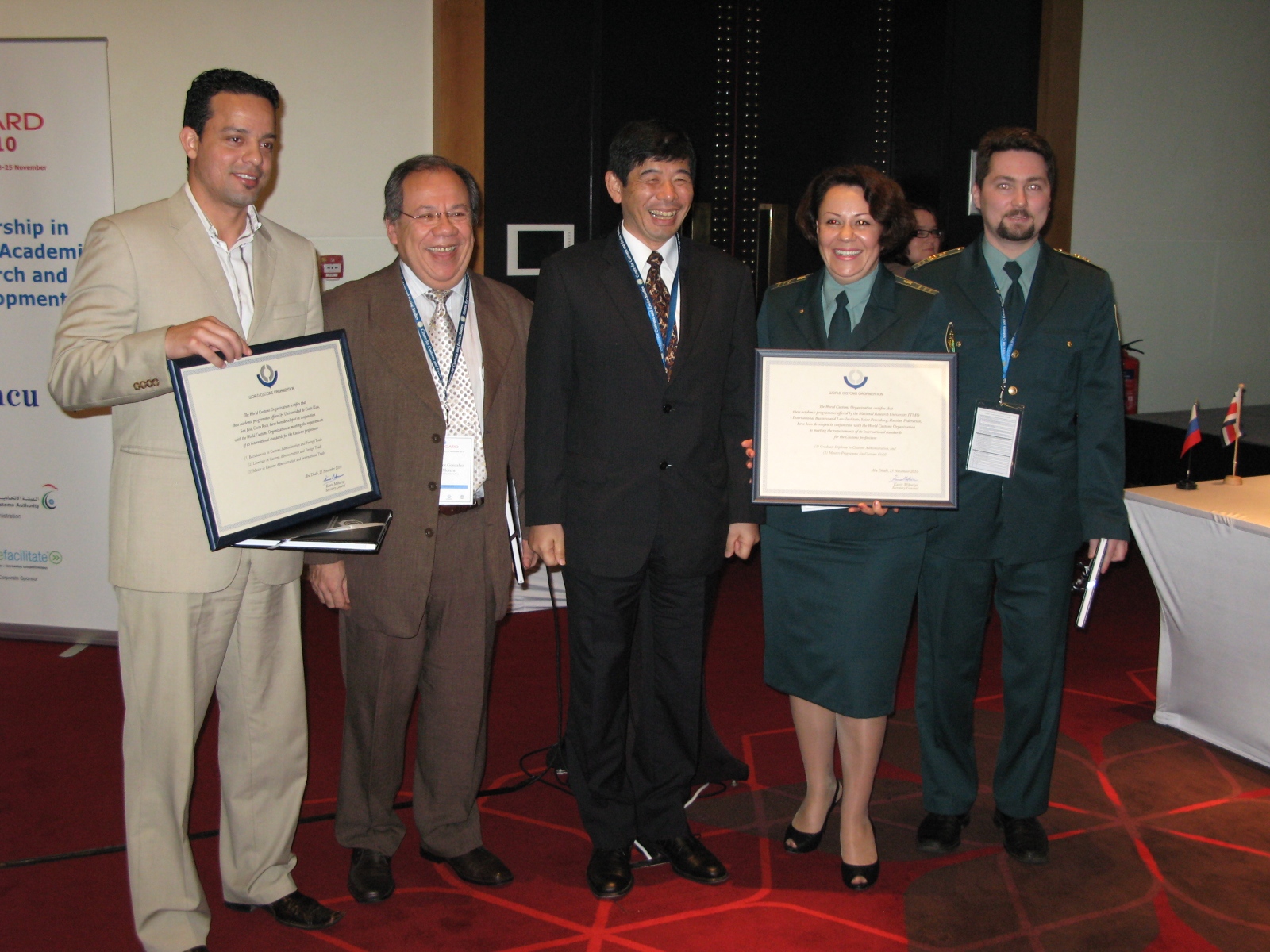 Certificates of Recognition Awarding Ceremony at the 2010 PICARD Conference

Subsequently, a number of other educational programs from several universities have been accredited by the WCO.

The INCU maintains a list of academic programs accredited by the WCO.

For further information about WCO recognition of the university customs programs,  please contact the WCO Capacity Building Directorate at: capacity.building@wcoomd.org

Scroll back to top
The INCU website may use cookies to ensure that we give you the best experience on our website. If you continue to use this site we will assume that you are happy with it.OKPrivacy Policy